Plinth one of twelve for Kilbeggan feature 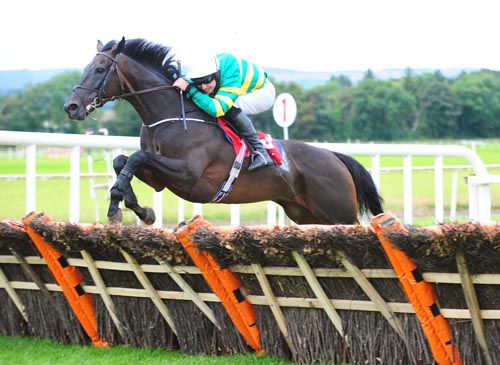 The JP McManus-owned eight-year-old has won a total of 10 races for Aidan and Joseph O’Brien combined, nine of those victories coming over jumps.

He has Grade Two and Grade Three triumphs to his name, as well as a course and distance success, but he has plenty to prove following a disappointing run of form.

Tony Martin’s Pyromaniac and Flaviana from Jessica Harrington’s yard are other interesting contenders.

There is also a total prize fund of 25,000 euro up for grabs in the Follow Kilbeggan Races On Twitter Handicap Chase.

Course and distance winner Conrad Hastings tops the weights and while he has been pulled up on his last two starts at Cheltenham and Punchestown, he has less on his plate for his latest assignment.

Teacher’s Pet should go well after finishing second in a good mares’ chase at Limerick.

Cecil Corbett is sent into battle by Gordon Elliott little over a week after scoring at Downpatrick.

The Carmel Fay Memorial Novice Chase looks a decent event for the time of year.

Shark Hanlon’s Camlann won well over the course and distance on his latest outing, while the Henry de Bromhead-trained Balzac Turgot made a successful debut over fences at Ballinrobe last month.

However, perhaps the two to concentrate on are Mullins’ representative Robin Des Foret and Noel Meade’s Le Martalin.

Le Martalin is narrowly preferred after chasing home the Mullins-trained Cadmium at Roscommon a fortnight ago.

Perhaps the most interesting horse in the bumper is Present In Court, who makes his debut under Rules in the Qatar Racing colours having impressed on his only start in the point-point field.

Dandalla back to form at Ayr

Dandalla burst from the wilderness with a classy performance to win the Listed Arran Scottish Sprint EBF Fillies’ Stakes at Ayr.