Odds-on Ontario all out to score under Lordan 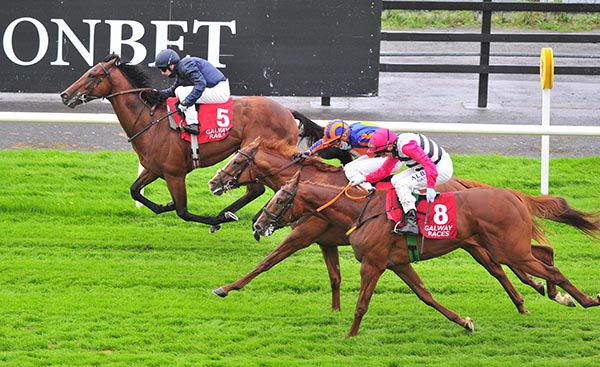 Odd-on favourite Ontario (2/5) took the opening Irish Stallion Farms EBF Maiden but was all out to hang on at the line.

Wayne Lordan sent his mount (demoted by the stewards having been first past the post at Fairyhouse last month) to the front early in the straight and quickly went a couple of lengths clear.

In the final furlong, however, Aidan O’Brien’s colt was being closed down by Snowy Owl (4/1) and promising newcomer Xeres (20/1) and the line came just in time for him as he won by a short head and the same.

Winning rider Lordan said: "A mile is a long way on what is pretty soft ground but it’s nice that he’s got a win after the last day.

“Donnacha’s horse (Snowy Owl) gave us a bit of a fright but we were alright.”