Neverending 'not the easiest' but gets job done 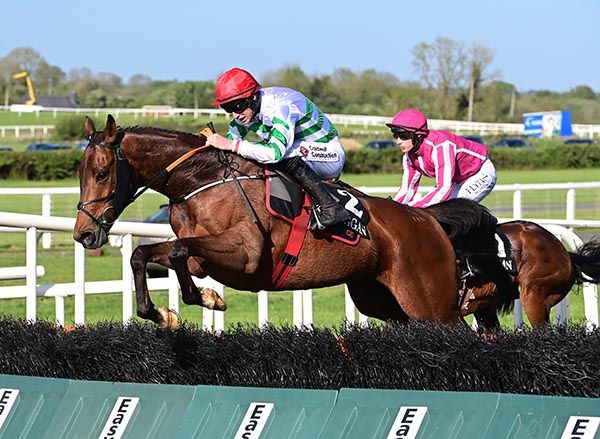 Level Neverending gained a deserved success when running out a convincing winner of the Irish Farmers Journal Maiden Hurdle at Kilbeggan.

The Gordon Elliott-trained gelding went to post an 11/10 shot in the two-mile-three contest having been runner-up in two of his previous three outings over timber.

Jack Kennedy tracked the leaders on his mount before letting him hit the front before the fourth last flight.

Despite hanging on the bends the Flemensfirth gelding had plenty in hand at the finish to record an eight-length win over Ballybaun Star.

“He's not the easiest in the world but it's nice for him to get off the mark,” said Kennedy of the winner.

“He doesn't do himself any favours. He's hung left in the past on proper galloping tracks as well but he's a horse with ability and was entitled to win that. That trip suited.”