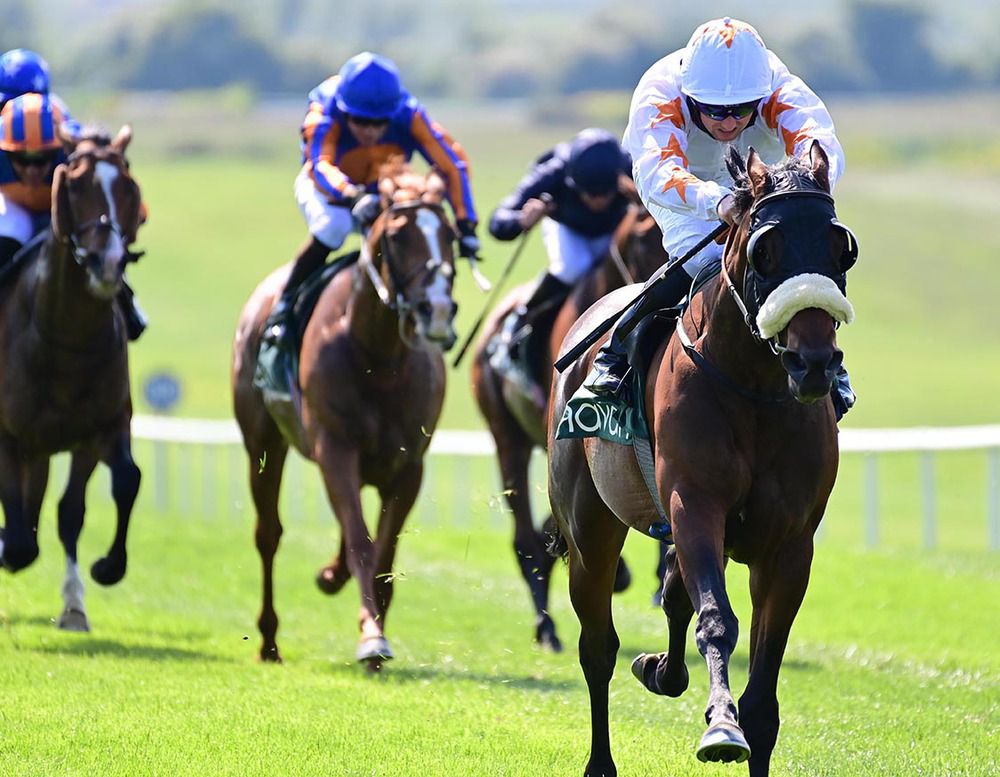 Star Harbour (22/1) made just about all the running to win the featured Royal County Handicap in the hands of Chris Hayes.

The Sea The Stars colt, a 400K yearling, asserted in the final furlong and a half to beat Bear Story (5/1) and Snowy Owl (9/1) by a convincing three and a quarter lengths and the same.

The winner was getting off the mark on his seventh start, although he had lost a race in the stewards’ room at Dundalk back in February.

Winning trainer Ado McGuinness said: “We put blinkers on him last time (fifth at Sligo) but he missed the break and got caught in behind.

“He has a lot of ability and he wasn't a cheap colt. We have castrated him as he was a bit of a boyo and wasn't giving us everything.

“We did feel he had a lot of ability and I said I'd run him in this even though we were a couple of pounds out of the handicap as he'd have a light weight on his back.

“To be honest the plan was to sit in a little but 'Chesney' said he just jumped so well and he decided to let him stride on.

“He put it to bed fairly quickly. He'll be nice for a mile-and-a-half handicap at Galway or as regards closer plans I was talking about the Ulster Derby.

“I think he will stay a mile-and-a-half and I'd say that's where he'll go next.

“This was a nice pot to pick up on the way. We were a couple of pounds out so the handicapper will hit us high enough that we'll get into one of those races.

“It's nice to have a horse like him to look forward to.”