Keep In Touch another Galway success for Weld 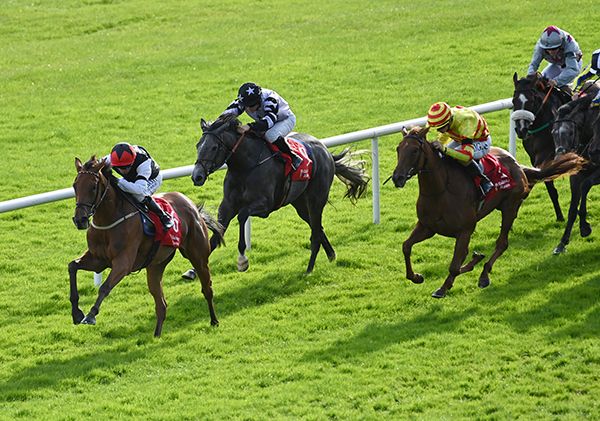 Keep In Touch made it four winners in a week for Dermot Weld when taking the Irish EBF Median Sires Series Fillies Maiden in Galway.

Weld will be delighted with his stable's form going into Irish Champions Weekend with Homeless Songs in the Group 1 Matron Stakes at Leopardstown.

She came to head the leader on the run to the final furlong and was ridden to put her best foot forward at the business end.

She kept on in the final 150 yards to win by a diminishing half a length as Lumiere Rock took aim in the closing stages.

The winner went off the 13/8 favourite and beat the 10/3 runner-up by half a length. Lumiere Rock's stablemate, newcomer Perfect Portrait (6/1), also got going late and was the same distance back in third in what was a promising debut.

Weld said: "She might have been a trifle unlucky here in July when the problem was she was drawn so wide. She learned from that and the ground is probably as slow as she likes.

"She knew her job, did it well and we'll look for black-type now. She's a lovely filly and will appreciate better ground."