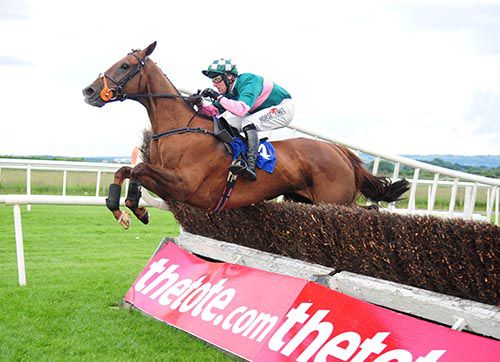 The Jessica Harrington-trained Gambling Girl is the standout name in the feature at Wexford on Friday, the Vinegar Hill Chase.

The daughter of Hawk Wing impressed when getting off the mark over fences at Killarney in May, and she then followed up in style at Roscommon.

The seven-year-old chestnut will be ridden by Robbie Power, and she faces just four rivals in this two-mile contest.

Xsquared, who finished third to Gambling Girl at Killarney in May, is also seeking a hat-trick of wins.

He won over fences at Limerick and then scored on the level at Fairyhouse on Wednesday.

Bally Longford is a dual winner over fences and with Barry Geraghty in the saddle he is sure to have plenty of supporters.

Five time winner Pumbaa makes his debut for Colin Bowe here, and it'll be interesting to see how he gets on, while ten-year-old Araglen Lad completes the line-up.

Bowe is represented by Havana Dancer in the opening contest, division one of the Nick O´Donnell Memorial Handicap Hurdle.

She won on her second start for Bowe at Roscommon, and she'll bid to follow-up now with Adrian Heskin again in the saddle.

The Denis Cullen-trained Yes Man also won last time out, and he might be able to take the second division.

Rosshaven Lady, with Davy Russell aboard for Joseph O'Brien, looks the one to beat in the info@wexfordraces.ie Mares Maiden Hurdle, while Abbazagga, Buckeye Shan, Henry Howard and Patricks Park are a few for the shortlist in the OceanFeed Equine Maiden Hurdle.

So Young and Exxaro look the two to focus on in the Blackstairs Beginners Chase. Paul Townend rides the former, and he might be able to complete a quick double on course and distance winner Curragh Golan in the Carrickbyrne Handicap Chase.

Dandalla back to form at Ayr

Dandalla burst from the wilderness with a classy performance to win the Listed Arran Scottish Sprint EBF Fillies’ Stakes at Ayr.