Display hangs on to make winning debut in bumper 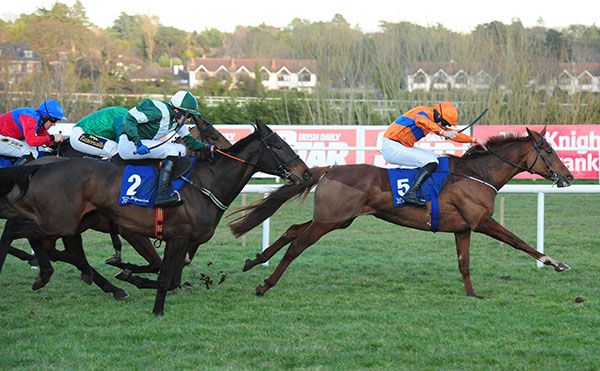 Lunar Display just held the late challenge of Blazing Khal to make a winning debut for Joseph O'Brien in the concluding bumper at Leopardstown.

The Getaway filly, carrying the colours of the trainer's mother Anne-Marie, was sent to post an 7/1 shot on her first outing.

8/13 shot Homme D'un Soir took them along in the two-mile contest but was tackled two furlongs out by the eventual winner.

Oakley Brown sent his mount to the front a furlong-and-a-half from home but she was strongly pressed late on by the fast finishing Blazing Khal, who got within a head at the line.

The winning rider said afterwards:- “She was very green but she showed a great attitude and was very tough. She travelled the whole way and when I gave her a kick she showed a nice turn of foot.”