Darasso wins well under Dempsey as Samcro fails to fire 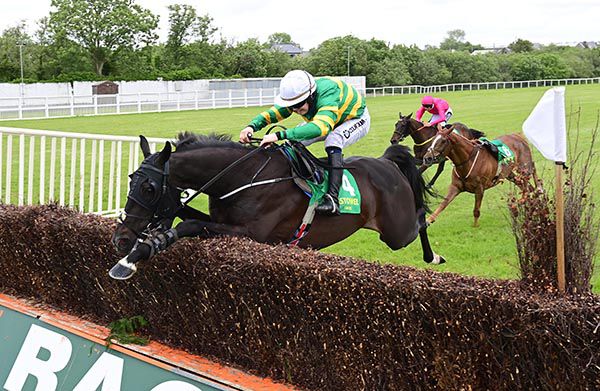 With the easy-to-back 11/4 favourite Samcro (blowing hard after the race) very disappointing in sixth, the John J. Galvin Steeplechase was won in good style by Darasso (11/2).

The front-running Abbey Magic jumped right throughout, and it was smart riding by Luke Dempsey on the winner to get up that one’s inner going to three out and ensure a clear run from that point.

Darasso led before the next and went away to beat Snow Falcon (5/1) by seven lengths.

A winner of Graded races over hurdles and fences in 2019 before struggling a bit when highly tried subsequently, Joseph O'Brien's French-bred 8-year-old was back to winning ways on his previous outing when taking a conditions hurdle at Killarney.

"He is a good horse and did it nicely," said Dempsey.

"I was eager enough to get ahead of (leader) Abbey Magic who was jumping right and the loose horse wasn't helping me either.

"He was long at the last but came up for me and in fairness once he had hit the front he did it well in the end. It was a good performance."