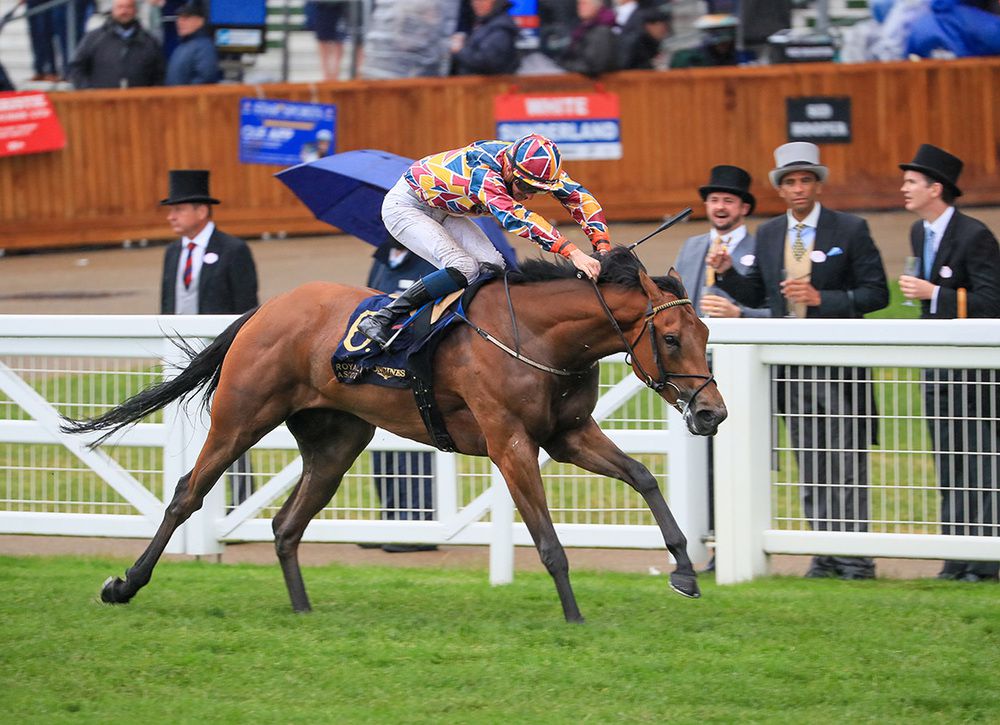 Roger Varian expects Angel Power to improve for the run when she makes her belated reappearance in the Kilboy Estate Stakes at the Curragh this afternoon.

The Lope De Vega filly won four of her seven starts last season — rounding off her campaign with successive Pattern-race victories in the Group Three Pride Stakes at Newmarket and a Group Two in Italy.

The grey has not been seen in competitive action since the latter of those triumphs in November and must concede weight to each of her seven rivals in the Group Two feature.

Varian said: “She took a while to come to herself this year, but she seems in good form.

“She’s had a couple of small, niggly issues — nothing major, but it prevented us getting her on the track a little bit earlier.

“She looks very well. It’s her first run for a long time and the run might bring her forward, but she’s trained well enough to go to Ireland and put in a nice performance.

“She’s got a penalty to shoulder and the ground might be a little bit quicker than ideal, but hopefully it’s safe and she ought to run a nice race.”

Provided Angel Power comes through her comeback run unscathed, Varian is hoping to test her mettle at Group One level in next month’s Prix Jean Romanet at Deauville.

“I think the Prix Jean Romanet would be her August target and we’re very keen to get a run into her before then,” the trainer added.

“We’d have loved to have stayed closer to home, but without us being able to get to Ascot a few weeks ago, this race came at the right time in the calendar.

“A stiff nine furlongs should be OK. She’s probably best at 10 furlongs, but it might just put her right for a crack at the Romanet.”

Angel Power’s biggest threat appeared to be the Johnny Murtagh-trained Create Belief, who had been due to step up in class following a dominant display in the Sandringham Handicap at Royal Ascot. She's a non-runner now though - off-feed.

Aidan O’Brien’s Breeders’ Cup Mile hero Order Of Australia is the star attraction in the other Group Two on the card, the Romanised Minstrel Stakes.

The four-year-old has his sights lowered significant after finishing eighth on his first start of 2021 in last month’s Queen Anne Stakes.

Jockey Ryan Moore told Betfair: “His standout run is obviously his Breeders’ Cup Mile success and a reproduction of that run, even with his 3lb penalty, would make him hard to beat in this Group Two.

“But he will have to come on a fair bit for his Queen Anne run on his reappearance, though to be fair that was a stiff task first time up and this is a clear step down in grade on a course he has won at before.”

Ken Condon, who saddled Romanised to win the last two renewals, is represented by three-year-old filly Thunder Beauty, who is fitted with a visor for the first time.

“We’re fitting Thunder Beauty with a visor. She ran well to finish second in Carlisle last month, but Danny (Tudhope) who rode her that day said she had a little bit more to give.

“She ran at Fairyhouse last time and was trapped wide on what is quite an undulating track, so I think we’re entitled to forgive her that. It was a poor run on the day, but there were certainly mitigating circumstances.

“We’re better judging her on her previous run and her overall form at the Curragh has been good, so we’re looking forward to Sunday.”