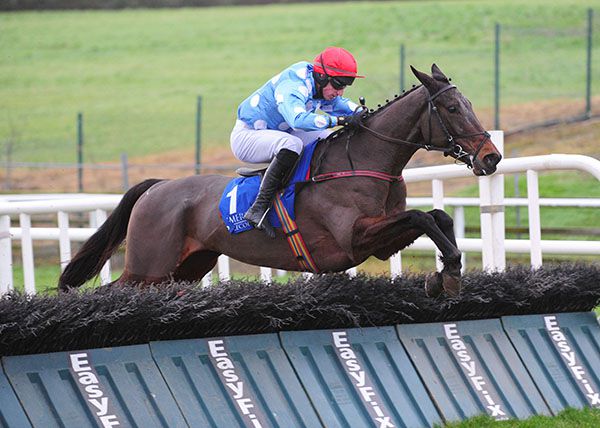 The Richard O'Keeffe-trained Costalotmore ran his rivals ragged to justify good support on his hurdling debut at Limerick this afternoon.

The dual point-to-point winner had sprang a shock when getting a solo in front in a Listowel bumper back in September but had been well beaten in a winners contest at Cork subsequently.

Switched to hurdling today he was punted from as big as 12/1 this morning, eventually going to post a 5/2 shot.

Mikey Fogarty bounced out in front on the Primary gelding and he had 11/8 favourite En Beton under pressure turning for home in the two-mile-five contest.

Costalotmore galloped on strongly in the closing stages to post an eight-length winning margin. 28/1 shot Mount Melleray claimed the runner-up spot over the last without troubling the winner.

“He is a nice horse, is doing everything right at the moment and that is his ground,” said O'Keeffe.

""He might come back here again over Christmas for a rated novice, maybe over a bit further."