Coen quickly back on a winner after injury 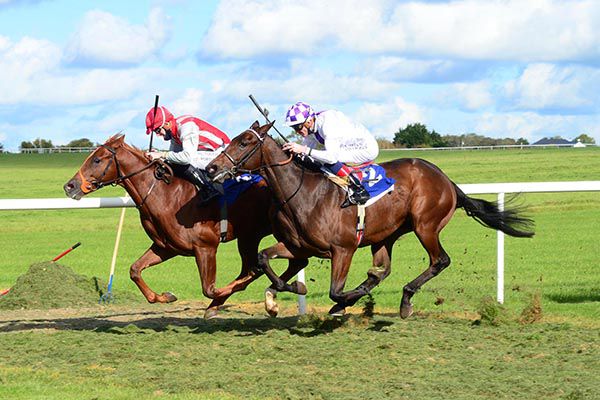 Ben Coen rode his first winner back after breaking his collarbone at Sligo in August when winning the Thurles Nursery Handicap on Rebel Step.

On his first outing outside maiden company off a 73 day break, the Andy Slattery-trained victor disputed the lead early, and he led after a furlong.

Ridden and pressed two furlongs out, the Pat Garvey owned 7/1 shot was joined over a furlong out.

He stayed on best in the closing stages to see off Flying Visit by a neck.

"That wasn't unexpected; he is a nice big leggy colt who could improve and he will be a nice 1m2f horse next year,” said Slattery.

"He is a half-brother to another horse I have called Rebel Tale and might have one more run this season. He should improve from two to three and I'd say he is just a good horse who will go on any ground."

The Irish Horseracing Regulatory Board Veterinary Officer examined Snowy Owl, trained by Donnacha Aidan O'Brien, at the request of the Stewards and reported the animal to be post race normal.