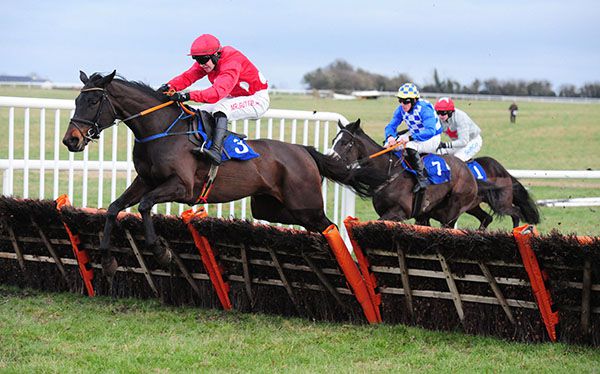 The Killinan Handicap Hurdle looked a tricky puzzle beforehand and Cahirdown Boy proved the answer at odds of 14/1 in this extended 2m6f event at Thurles.

The Eric McNamara-trained gelding dropped away early in the straight on his handicap debut in testing conditions at Limerick after Christmas but he powered home here in the closing stages.

Jonathan Moore’s mount made good headway to lead soon after the penultimate flight and stayed on strongly on the run-in to score by five and a half lengths.

Ballea Fox took the runner-up spot with 11/2 favourite Capture The Action a further seven and a half lengths back in third.

Dressednblack completed the places another ten lengths away in fourth.

McNamara said, "He wanted a bit of better ground; I ran him at Limerick and the ground was terrible and it was a mistake to run him - it's a mistake I won't make again with him.

"Today was the best he has jumped and he has been improving a bit. The nicer ground and the step up in trip helped and I think he could keep going for the summer."