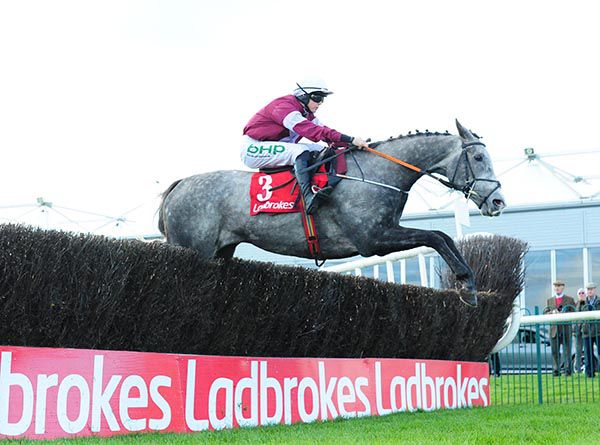 Five to four favourite Daly Tiger raced with a little exuberance under Mark Walsh in the early stages and had improved to lead at the third fence before his saddle began to slip forwards. By the fourth fence the partnership was in front but was also in trouble with Walsh, now riding without irons and a badly slipped saddle, pulling Daly Tiger up before the fifth.

Swordsman was giving chase in third place at that fourth fence but himself crashed out leaving the other pair, new leader Jan Maat and chasing Cool Colonnade to complete. Jan Maat was never put under any serious pressure by Cool Colonnade with seven and a half lengths separating the pair at the line.

Afterwards De Bromhead said “obviously it was made a bit easier but he jumped great and it’s lovely to win a Grade 3. He’s done really well and deserved to win one. He came up against Wicklow Brave a couple of times, and hopefully he’ll keep progressing over fences.

“The Craddockstown is a possibility but we’ll see what everyone wants to do; he has been busy and on the go since the summer. Ground would also be important to him.”