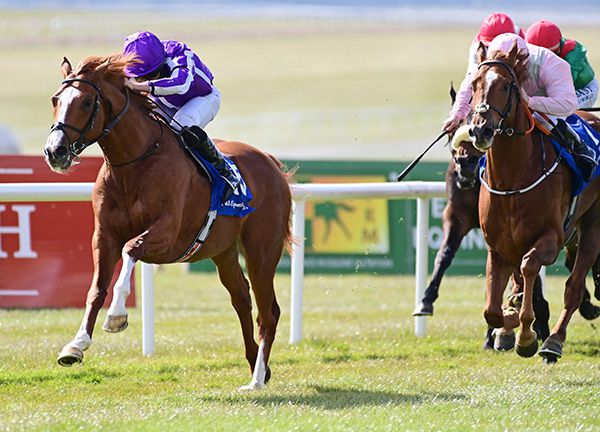 Shark Hanlon is in no rush to map out a plan for new recruit Wordsworth, with the trainer anticipating a summer campaign for the ex-Aidan O’Brien inmate.

In his Classic season, the Galileo colt competed at the highest level, being placed in the Irish Derby and the Grand Prix de Paris.

However, the now four-year-old has ended his time at Ballydoyle with two wins from 15 starts, and will continue his career over hurdles with the Co Carlow handler.

Hanlon said: “Wordsworth is a horse who came out of Aidan’s.

“We went to Newmarket sales and we bought eight or nine horses, just to keep things going. We have a few nice horses here now again.

“Wordsworth is going to go hurdling. We will do a plan for him in the summer — he is a summer horse. Ask me in April or May or something like that what the plan will be.

“Long-term, he is a Cheltenham or Aintree horse with a bit of luck. There is no panic at the moment. A lot of them are summer horses.”

Buoyed by winning the American Grand National with Hewick, Hanlon has reinvested and is looking forward to next year, with the likes of Fireworks and Ivasecret having made satisfactory debuts for the trainer in recent days.

He added: “We have a few nice young horses who are only starting to come now. For the winter we wouldn’t have too many.

“The filly is back going again, Skyace. I gave her nice run in England (Fontwell) to get a first run over fences, to get her back into the swing of things.

“I was delighted she has come out of the race well and everything. She will go somewhere at Leopardstown over Christmas.”