Foley strikes on My Minervina 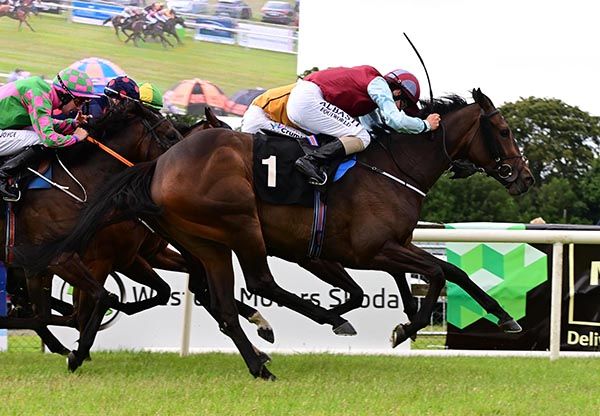 Owner Peter Savill was on hand to see My Minervina (11/2) win the Guinness Claiming Race under Shane Foley.

Fitted with cheekpieces for the first time, the four-year-old was ridden to chase the leaders over a furlong out. She responded well to Foley's urgings to hit the front close home in a blanket finish. The James McAuley pair, Helen De Pourtales and long-time leader Tai Sing Yeh were the placed horses with the winning margins being a head and half a length and Guessthebill short of room close home, was right on their tails in fourth.

The Jessica Harrington-trained winner had been runner-up in a course and distance maiden at two and was getting off the mark nine runs later.

Shane Foley said: "Yes, she did (have to work for it), she was a bit keen on the outside drawn in 17 and got a bit unbalanced up the straight, but she has grafted it out well.