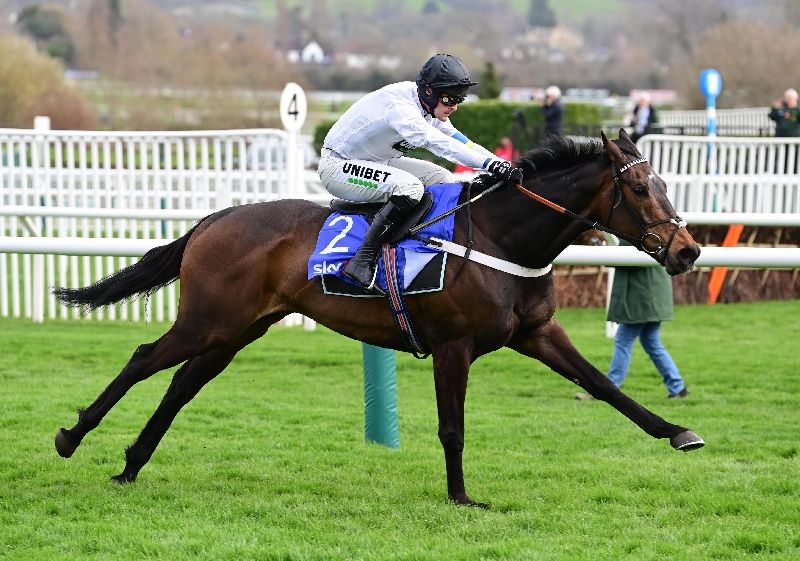 The Champion Hurdle favourite has not run since trouncing stablemate Jonbon by 22 lengths in the Supreme Novices’ Hurdle at Cheltenham in March.

Unseasonably quick ground has forced trainer Nicky Henderson to be patient with the five-year-old, who is the current favourite for the 2023 Champion Hurdle.

Henderson said: “Constitution Hill schooled on Wednesday and he was just electric.

“Everything has gone really well with both of them. Touch wood, we haven’t had any issues.

“Epatante went to Newbury (for a piece of work) last weekend. Constitution hasn’t had an away-day, but I feel he doesn’t need to.

“He did start the season very, very heavy. We weighed him on Wednesday morning and he’s quite considerably lighter.

“He is not at his Cheltenham racing weight — you wouldn’t want to be at this time of the year — but he has lightened up. A month ago, I was quite worried the weight wasn’t coming off as much as I’d like, but he looks very sleek now.”

In last season’s renewal, Epatante dead-heated with Not So Sleepy, who re-opposes.

Henderson feels the JP McManus-owned mare will have to be better to land a Fighting Fifth hat-trick, having also scored at Gosforth Park in 2020.

The eight-year-old, who went on to finish runner-up to Honeysuckle in the Champion Hurdle before taking the Grade One Aintree Hurdle over an additional half-mile, will be ridden by regular jockey Aidan Coleman, who partnered her in a gallop at Newbury last week.

Henderson added: “Aidan’s feeling was, and I would agree, she is probably further ahead than what she was this time last year.

“She did only dead-heat last year and she might have improved for it. It was a messy race. Going to the last, the traffic wasn’t exactly flowing her way towards the end, and she did get held up a bit.

“She might have come on for it, because she was mighty impressive in the Christmas Hurdle.

“She was miles ahead that day, so she might have come on a fair bit.

“But we think she is very well.”

Frustrated by the lack of top-class opportunities in the two-mile division, Henderson insists he is not too concerned that two of his stable stars are taking each other on.

“You’d want to keep them apart, from the owners’ benefit as much as mine, but when you are lucky enough to have two Grade One hurdlers, you really have got to run in Grade One races,” he said.

While Constitution Hill and Epatante dominate the market, Hughie Morrison is hopeful Not So Sleepy can reach a similar level of form to last year.

Lady Blyth’s 10-year-old was placed in the Cesarewitch when last seen on the Flat at Newmarket last month, although Morrison admits his chance would increase with every drop of rain.

“What he loves is slopping through it. We’d love it to be wet in the afternoon, so it comes loose and sloppy rather than sticky,” said Morrison. “He would handle softer conditions better than most, although he has run well on good ground over jumps. So, we are praying for a drop or two of rain.”

Ian Hamilton has decided to stay nearer to his Northumberland base, running Arkle Challenge Trial Trophy runner-up Tommy’s Oscar back over hurdles.

The seven-year-old won three handicap hurdles in succession last season and then took the Grade Two Unibet Hurdle at Haydock in January.

Though subsequently well held by Honeysuckle in the Champion Hurdle, he opened his account over fences with a debut success at Carlisle last month.

The field is completed by the Iain Jardine-trained Voix Du Reve, who is part-owned by golfer Lee Westwood.

Runner-up to Dashel Drasher in a two-and-a-half-mile handicap at Aintree last time, the 10-year-old is rated 37lb inferior to Constitution Hill, despite meeting all four rivals on level weights.