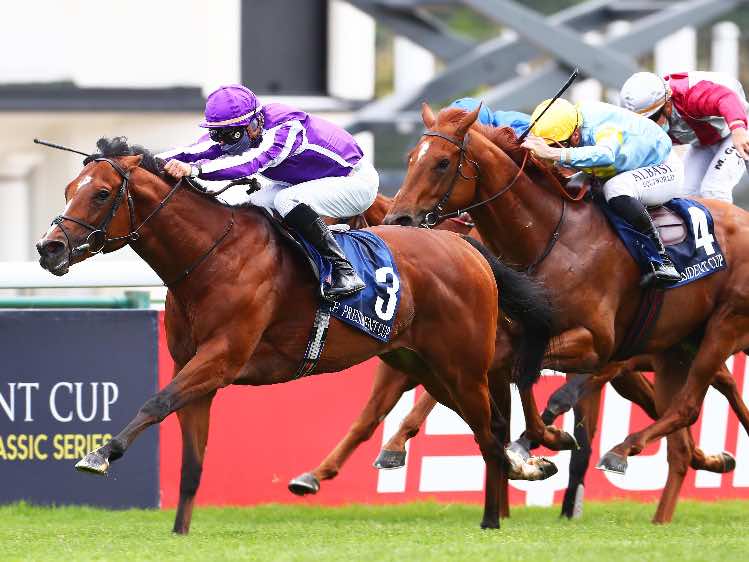 The news last week that reigning French Champion Jockey Pierre-Charles Boudot has been charged with the rape of a female work-rider is shocking.

The details of the incident which occurred at an after-race party in Cagnes-Sur-Mer in February suggest that the 25-year-old work-rider was drugged. There are also allegations that a witness in the case was intimidated.

The Champion jockey who spent two days in police custody last week categorically denies all charges and is currently released on bail.

The French racing authorities were quick to react to the breaking story and having initially invoked an emergency suspension of the rider for 48 hours increased that to three months following a hearing with Boudot on Friday.

Fellow rider Pierre Bazire who has been charged with failing to report a crime in relation to the same incident has also had his jockeys’ licence revoked for three months.

France Galop issued the following statement on Friday evening - “Even though the two jockeys remain presumed innocent, the current criminal proceedings, the seriousness of the allegations and the fact of bringing racing into disrepute, as well as regarding the implications to the betting market, the stewards have, as a precautionary measure, suspended the said jockeys’ licence for a duration of three months in application of article 216 of the Racing Code. These measures may be lifted or renewed depending on the elements that will be brought to the attention of the France Galop stewards.”

The implications for the sport if Boudot had ridden St Mark’s Basilica to victory could have been disastrous and with the seriousness of the charges levelled at the jockey I think in this instance the French authorities made the right call.

The obvious issue is that in law Boudot and Bazire remain innocent until proven guilty, but their careers are already in tatters.

Apart from the Boudot case there is a wider conversation to be had about when or if racing authorities should impose sanctions in advance of due process.

Earlier this year the BHA prejudged the IHRB hearing into Gordon Elliott by suspending the trainer’s horses from running in the UK over Elliott sitting on a dead horse. We also have a current case in Ireland where trainer Stephen Mahon is banned from running horses prior to a hearing relating to issues found on an inspection of his premises last month.

France Galop cited “the implications to the betting market” in relation to Boudot’s suspension but there have been no such suspensions in Ireland with regards to the Yuften/Tony The Gent case which specifically involves the manipulation of betting markets.

American racing dodged a potential bullet at the weekend when the Bob Baffert trained Medina Spirit could only finish third in the Preakness Stakes. The horse is the subject of a doping inquiry following a positive test after winning the Kentucky Derby but as that case has not concluded the horse was permitted to race in Saturday’s second leg of the American Triple Crown.

The Medina Spirit positive test appears to be a technical breach of the rules rather than a full-blooded doping of a horse to gain a winning advantage but if that had been the case he would have still been allowed to compete in the Preakness.

It seems crazy that a horse and its connections can be afforded the benefit of the doubt until due process runs it course when the matter is directly related to the sport yet non-sports related allegations can be deemed to “bring the game into disrepute” when it suits the authorities.

Of course, racing has several other skeletons in its closet when it comes to non-sports related allegations such as those surrounding Sheikh Mohammad and his daughters and Saudi human rights issues but racing authorities can conveniently turn a blind eye when it suits them.

Galway carried on the recent trend we have seen in Irish racing where negative stories jump across into mainstream news at will but the positive racing stories fail to register at all.

Last week’s Panorama programme was shocking on many levels but the haunting quote for me was that “the vast majority of horses being slaughtered in Britain and Ireland come from Irish owners and trainers.”

Three of Ireland’s 350 licensed trainers are currently serving long suspensions for a variety of issues - Gordon Elliott for sitting on a dead horse, Charles Byrnes for leaving his horse unattended in Tramore’s stableyard and Stephen Mahon for the neglect of horses at his training premises.