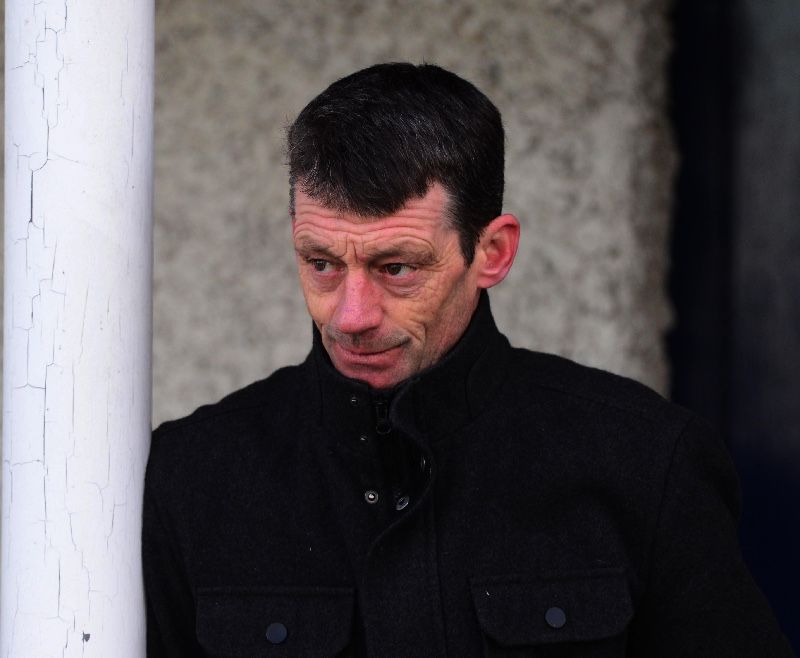 I’m from Killeagh in east Cork and my father Patrick used to train. At the moment I’m based in my uncle’s place near Tallow just across the county border in Waterford. Things are going well and I finished the jumps season with five winners on the board and we had a couple on the Flat as well. I’ve had a few more horses that have come into the yard over the last while and a lot of locally-based owners are supporting me.

Dad had a job with the Department of Agriculture and used to train greyhounds initially. He bought a mare by Deep Run which was placed in a point-to-point and went on to win a bumper at Tramore. After that some of the greyhounds had to make way and he got more into the horses. I started off riding ponies and I had a particularly good one that won about 40 or 50 drag hunts. I started off with a few rides on the Flat and then I had my amateur licence and rode in point-to-points. After I turned conditional I rode for the likes of Tom Taaffe, Michael Cunningham and Victor Bowens, and I had a spell in New Zealand for about six months after I got to know Ray Knight who used to own the Grand National winner Lord Gyllene when he was racing there.

I suppose I had about 30 winners in all between point-to-points and on the track which was enough for someone with my ability. If I had the bottle for it, I’d be a much better rider nowadays! I still ride out and school horses. There are three of us in the yard full-time.

After assisting my father for a few years, Kates Benefit was the first winner with my name on the licence when she won a bumper at Punchestown just over ten years ago. She was a good mare and went on to win five races in all. Things had gone quiet around three years ago and I started looking at doing something else. I actually had a job got but thankfully Getaway Queen came along at the right time, won a couple at Dundalk and I was able to turn down the job offer! She has seven wins to her name now, five on the Flat and two over hurdles and is a grand mare at her own level. She might run in a Listed hurdle at Killarney on Sunday and if she could sneak a bit of black-type, that would be great. It’s a race we won a few years ago, before it got Listed status, with Kates Benefit. Mark Landers, who was captain of the Cork hurlers when they won the All-Ireland in 1999, owns Getaway Queen and I played at under-age level with him for Killeagh. To be fair, though, he did most of the hurling as I was goalkeeper and was mostly just watching him do his stuff out the field.

We’ve a few more Flat horses in the yard than we used to and Tastyee, who was third at Mallow last week, is one who should be up to winning a race. She was a little bit horse-shy about coming through a gap on that occasion and would have gone close but for that.

Here For The Craic, who’s happily retired at this stage, was a horse we did well with under both codes although it wasn’t easy to convince his owners to go Flat racing with him. He was bought for point-to-points and was unlucky to fall one day in Knockanard. He won a bumper at Mallow and went hurdling before picking up an injury. He wanted real fast ground and I knew he could do well on the Flat but his owner, John Connery, had zero interest in that game. After John passed away his sons had the same opinion but finally I told them I’d train him for nothing and keep the prize-money if they let me try him on the Flat. They said okay and he was beaten half a length at 50/1 in a Curragh maiden on his first go. The owners came on board after that and he ended up winning three and being placed a load of times on the level. 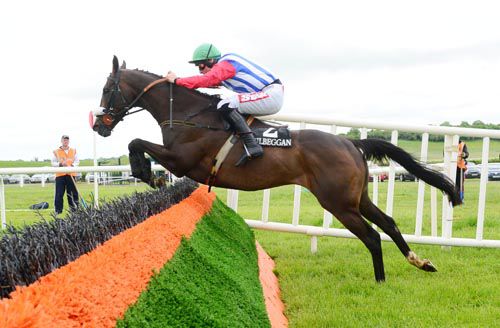 I’ve won two mares’ bumpers this year and Bombay Sapphire, who won on Red Mills Day at Gowran in February, has since been sold and is now with Nicky Henderson while Stormalong, who won at Mallow last weekend, is on her way to Doncaster Sales next week. I actually hadn’t been riding her that much at home but the lads were getting excited telling me about here. After I sat up on her the first time, I kind of kept my own counsel, but after I rode her a second bit of work I knew she wasn’t a mare for point-to-points which had been the plan. She beat one of Ted Walsh’s, which had form, at Mallow and plenty of others in behind were fancied as well.

Ideally, I’d love to keep hold of these horses and see what I could do with them but the owners have bills to pay and hopefully they might reinvest. I find it a bit strange that a mare that’s won a point-to-point might make more than a bumper winner because these two mares that I’ve won with first-time-out are track-proven now and ought to be making more. Anyway, we did our job with them and the owners got the 5k Weatherbys /I.T.B.A. fillies' bonus on top of their prize money. The horses in general are healthy and well and hopefully we’ll have a good summer with them.

I'm from Crossgar Co Down, local to Downpatrick and Down Royal. My father and my brother always had point-to-pointers and I rode in point-to-points, maybe 30 to 40 point-to-point winners and a few on the racetrack. They were mostly for ourselves and I rode a couple of bumpers for Ian Ferguson and rode a bit for Willie Rock. Mr & Mrs W E Rooney were good to me and I rode for them for a season in point-to-points with good success. I rode out for Mr Rooney as well.

I'm from Milan, Italy and my parents used to take me to the Palio in Siena (three-lap race involving riders and horses representing 10 of the city wards) and that is how my passion for horses started. I went to it for the first time when I was six. It is every August and it is a tradition in that part of the world. The people are very passionate about it in Italy. There are also a lot of smaller Palio's around Italy. We actually have one not far away from my town. They are riding bareback with just a bridle.

My father used to ride out for Vincent Keane who would be Colin’s grandfather and later on he had a share in a few horses. Our family was based in Drumree, Co Meath but we later moved to the Navan Road in Dublin where I was reared and I’m based in Lucan now.

My father owned horses and I had a bit of an interest in getting involved in the training side of things. At the end of 2003, my father got me a job down at Jim Bolger's yard. I moved away from home and got involved down there. I was too heavy to be a rider and the boss (Bolger) was patient with me and gave me the opportunity to ride out as well and come through gradually. It was hard work but I went down there with an open mind to learn from the best with a view to training in the future. In my opinion he still is the best.