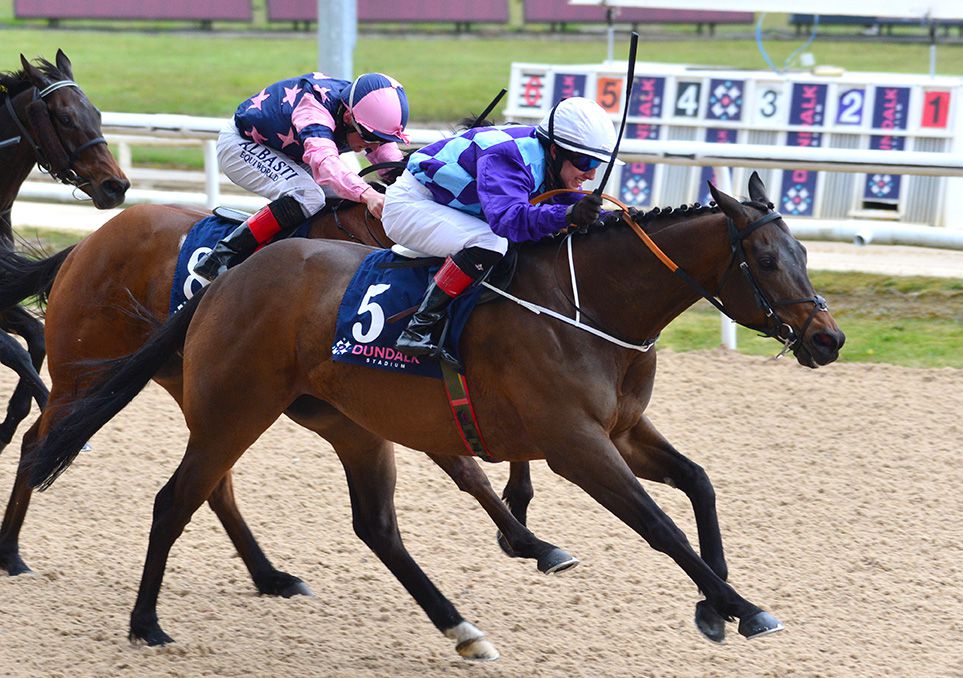 Jockey Tom Kiely Marshall, a 16-year-old from Emly in Co. Tipperary, rode his first winner when Fit For Function took the Hollywoodbets Horse Racing and Sports Betting Handicap at Dundalk.

Joe Murphy’s Fit For Function (a well-supported 13/2 chance) got the better of Adams Barbour by three parts of a length.

Fit For Function, down the field at the Curragh yesterday, tracked the leaders here, and he was fourth at the halfway stage.

Ridden and making headway to challenge under two furlongs out, the Captain Gerrard gelding disputed the lead a furlong out and led over a hundred yards out, keeping on well to seal victory.

“If you look at this horse's form it shows if there is a bend on the track he runs well. He's run 13 times on a straight and he's never delivered,” said Murphy.

“We actually thought he'd run very well yesterday and I was disappointed with him. He was on his last chance.

“He's such a fresh and easy horse that it takes nothing out of him. With the bend, the 10lb claim and probably a lesser calibre race, he delivered.

“He's always run well bar up the straight in the Curragh.

“Tom is a very good young lad and he's very dedicated. I'm delighted for him as he works very hard and reads a race well. He's cool and very good for his 10lb.”

Siobhan Rutledge, rider of It's All A Joke trained by John C. McConnell, reported to the Clerk of Scales that her mount lost action turning in.

R.P. Cleary, rider of Dolce Sicily trained by Lee Smyth, reported to the Clerk of Scales that his mount got upset in the stalls and ran keen in the race.

The Stewards requested a report from Joseph G. Murphy, trainer as to the apparent improvement in form of Fit For Function (GB), placed first, as compared with its recent form. Joseph G. Murphy reported that his charge has never won on a straight track and prefers tracks with a turn such as today's. Having considered the evidence the Stewards noted the explanation offered.

The Stewards reviewed an incident turning into the straight involving It's All A Joke, ridden by Siobhan Rutledge where it appeared her charge lost action. Having viewed the video footage, the Stewards were satisfied that no further action was warranted.