Swan and Eagle combine for debut wins over hurdles 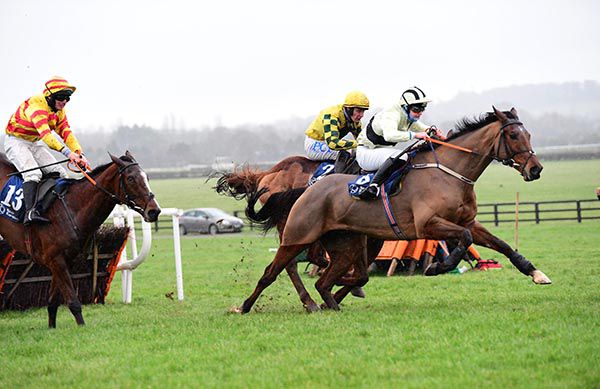 Amateur Harry Swan showed a cool head as both himself and On Eagles Wings made a winning start over timber at Naas this afternoon.

The dual bumper winner went off a 2/1 shot on his first outing over hurdles and was prominent throughout in the two-mile contest.

He stayed on best from the last to record a two-and-a-half length win over Captain Kangaroo.

The winner is trained by the rider's grandfather Timmy Hyde who said afterwards:-

“On his bumper form I thought he had a good chance but you never know what you are coming up against in these races from the big stables. I was very happy with him.

“We’ll find something for him and I think he’ll make a better chaser. He got a bit close to a few today but he jumps fences well.”

His father Charlie Swan added:- “Timmy, myself and Harry have all now won on our first ride over hurdles.”