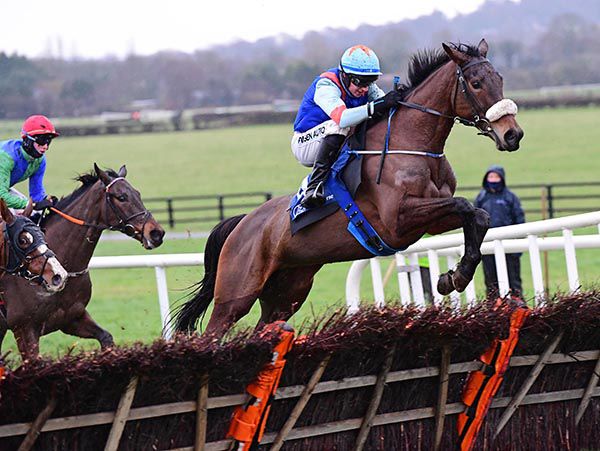 Uisce Solas skipped clear before the second last in the Adare Manor Opportunity Handicap Hurdle to run out an easy winner for Declan Queally.

The Presenting mare was well supported from 8/1 into 5/1 for the two-mile-three contest and duly delivered.

Conor McNamara sent his mount on, to take over from front-runner I Don't Get It, entering the straight and the race was soon in the bag.

Uisce Solas galloped on strongly to assert and post a comprehensive 12 length success. Castle Town House stayed on to take the runner-up spot.

Declan Queally junior, who was leading up the horse, said:- "She'll go for the mares handicap hurdle at the Dublin Racing Festival in Leopardstown. She'll probably be put in foal this season."