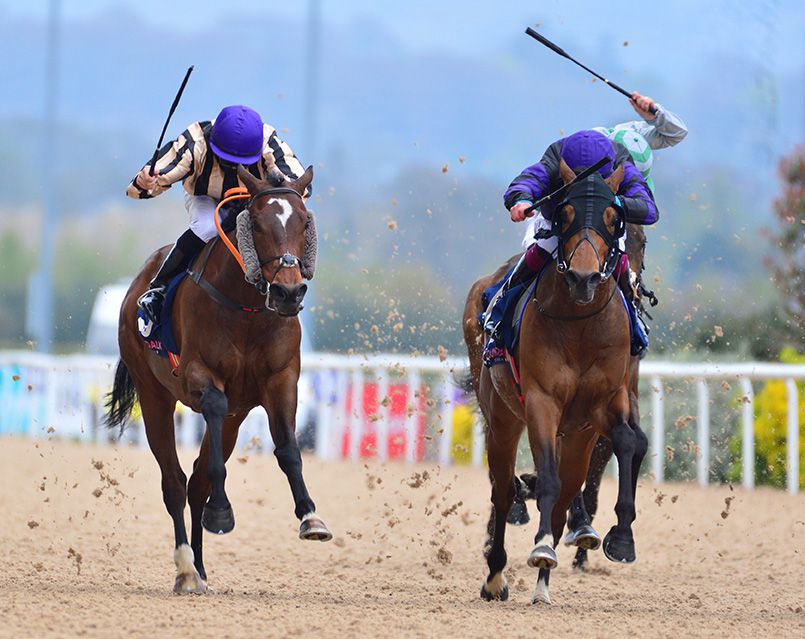 No Patience emerged on top after a tight finish to the Hollywoodbets Best Odds Guaranteed Handicap at Dundalk.

Four flashed past the line locked together in the seven-furlong contest with Andy Slattery's charge just getting the verdict.

Nathan Crosse got his mount up at the line for a head win over another finisher in Ellabella. There was a further nose back to front-runner Devious Dreamer with another head to Stop On Red.

No Patience was recording his third career victory and his second over course and distance.

“They went no gallop and he was in the right spot at the right time,” said Slattery.

“He'll probably stay a mile, he has three races won now so his owner will be very happy. He was trying to sell him but there was no-one to buy him but he has won three for him now so it's all good.

“We'll keep tipping away with him.”

O'Brien and Moore swamp their rivals with 210/1 four-timer

The Mediterranean put the cap on a wonderful day at Leopardstown for Aidan O'Brien and Ryan Moore as he brought up a four-timer for the pair in the nightcap.