Off Your Rocco wins on hurdling debut in Killarney 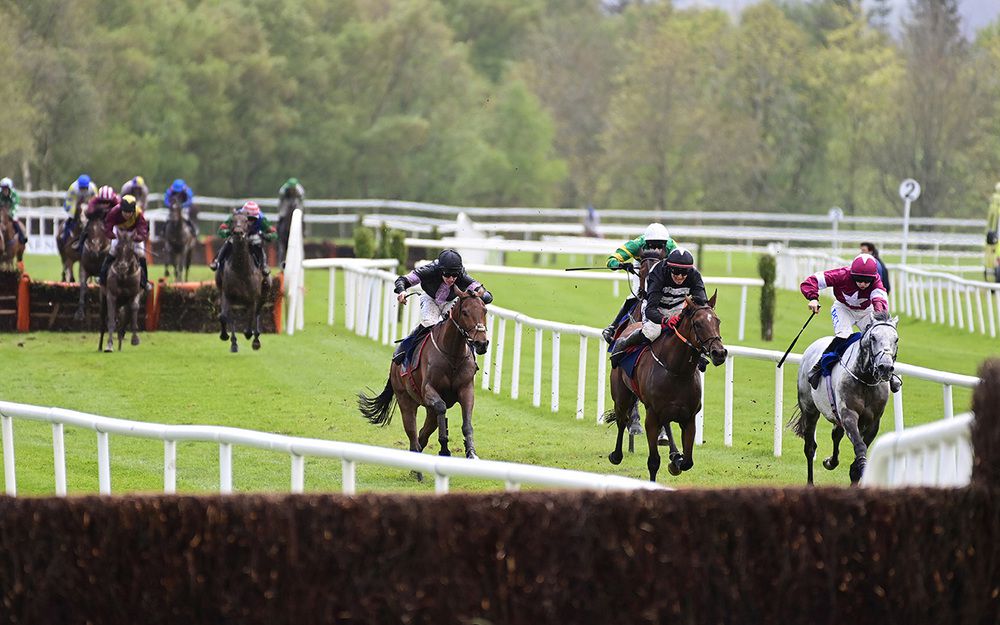 Off Your Rocco, left, delivers his challenge
© Photo Healy Racing

Off Your Rocco made it two from two as he stayed on best in the ML Lynch Civil Engineering Maiden Hurdle at Killarney.

Jack Kennedy's mount travelled well into contention on the inner coming to the third last. He jumped that obstacle in fourth and was soon switched out for a run by Jack Kennedy.

Kennedy then brought him to the outer jumping the next and the pair landed in third.

He was ridden for his effort before the final flight and wasn't fluent in his jumping but ran on well to get up in the closing stages for trainer Denise Foster.

The 15/2 chance beat 13/8 joint favourite Desir Du Large by a length and a half. Irish Poseidon (4/1) was half a length back in third.

Kennedy said: "That was lovely, he is still a little green and he'll have learned plenty from today. He is a lovely horse going forward and they'll have plenty of fun with him.

"He likes good ground and I'd say that was as slow as he wants it."

Off Your Rocco won his bumper by seven lengths in Downpatrick in September.

Belle Image re-routed to the Curragh after setback

Belle Image will miss Royal Ascot following a slight setback and instead Sheila Lavery is eyeing a Group 2 target at the Curragh next month.