O'Brien and Moore swamp their rivals with 210/1 four-timer 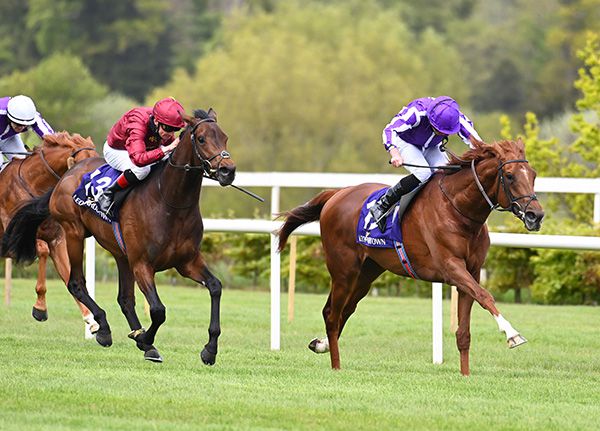 The Mediterranean put the cap on a wonderful day at Leopardstown for Aidan O'Brien and Ryan Moore as he brought up a four-timer for the pair in the nightcap.

He was pushed along by Moore to catch stablemate King Of The Castle a furlong and a half down but Ruling appeared to be going the better on his shoulder.

Typical of a Galileo, though, he dug in and and warmed to his task as he began to increase the gap on Ruling.

The 10/3 joint favourite was very strong in the final half furlong and came in by a length and a quarter in this mile and a half maiden.

O’Brien said: “He’s a grand horse and we thought he’d come on plenty for it. We weren’t sure about the mile and a half as he was showing a bit of class at home but he answered the question that he gets it.

“It was a good solid run race so he would have learned a lot. There was no hiding place.”

The Mediterranean has halved in price from 66/1 to 33/1 with Paddy Power for the Cazoo Derby.