Nicholson completes the clean-sweep of winners at Irish tracks 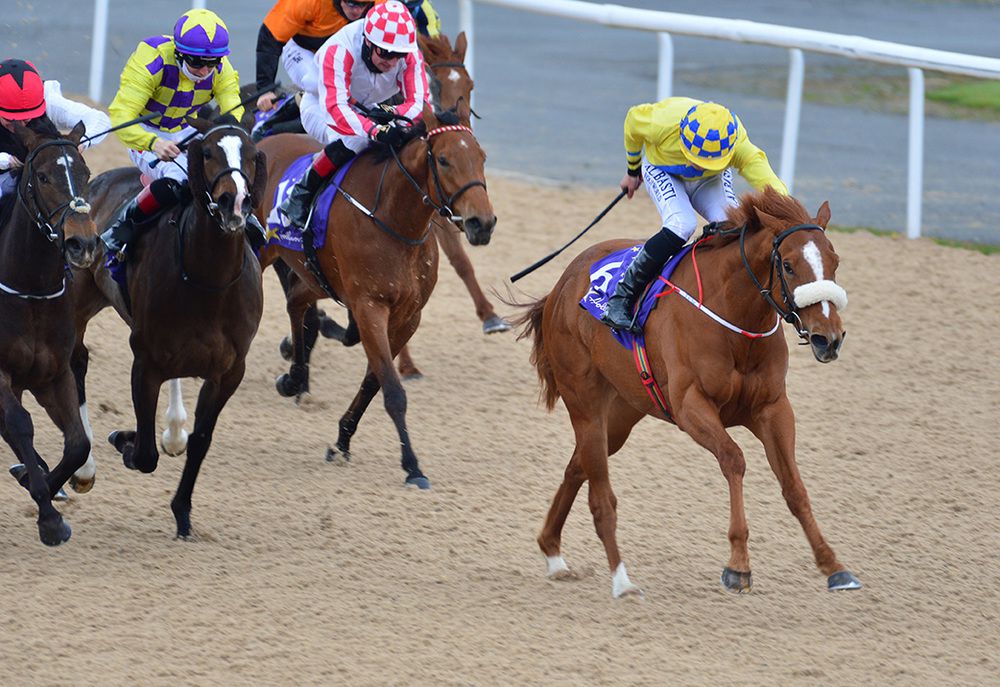 A good week for the Keith Watson yard was rounded off on the right note when Iva Batt (all-weather debut) won the Hollywoodbets Proudly Sponsors The Finishing Line Podcast Fillies Maiden at Dundalk.

The County Armagh outfit landed a Fairyhouse maiden hurdle on Tuesday with New Society, owned by the family too, and Iva Batt carries the colours of former trainer John Nicholson under the Not A Bad Idea Partnership banner.

With Ronan Whelan in the plate the 81-rated daughter of Ivawood came back off a 193 day break to defeat Roses Blue and Ginsburg by a length and half a length.

Strong 10/11 favourite Shahaada was half a length back in fourth.

“Thank-god she can run quicker over six furlongs than I can from the stalls!” said Watson’s son Marshall, in reference to the fact that he was down at the start with the chestnut.

He further explained: “She's a filly I thought a hell of a lot of last year. It was really my fault for running her last time in Navan, I went there thinking I could pick up a two-year-old maiden.

“She's massive, she's about 16-2, a fine big lump of a filly. I had her in the Cheveley Park last year in Newmarket, that's how highly we think of her. Now we don't know much about Flat horses but she's quick! Six is probably too far for her.

“She was fourth to St Mark's Basilica last year and if he was in that race today he'd be long odds on.

“She's going the right the right way and I think this could be her year to make big strides.

“There is a race for her in Ayr, the Land O'Burns, a listed race for fillies over five furlongs. That's what is in the back of my mind for her but there could be other options before that.

“The last time we had a winner at Dundalk my Dad rode it in a bumper and that wasn't yesterday!”

Nicholson added:- “I've won a race on every track in Ireland now after today. That's my first on the all-weather here but I had ones on the grass.”