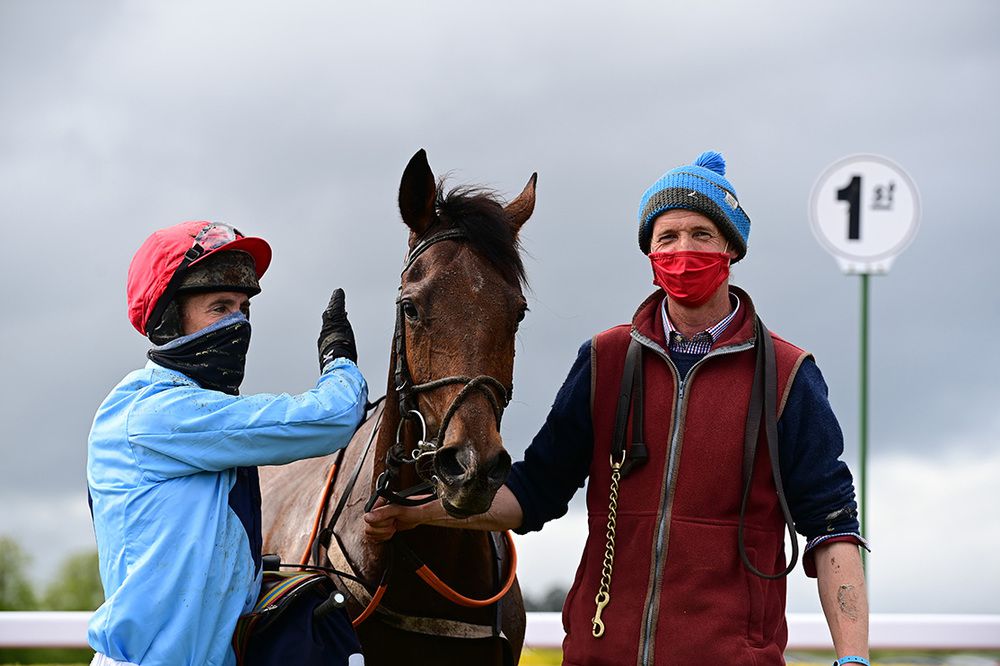 The 9/4 shot had a wall of horses in front of him as the race unfolded in the long straight.

The advantage Derek O'Connor had was that there was plenty of horse under him and they made headway on the inner in the final quarter of a mile.

O'Connor switched him out racing to the final furlong and the Fame And Glory gelding really began to motor.

He powered home to mow down Morning Logic (33/1) and Our Man Flint (15/2) close home. The distances were a length and a half and half a length.

Nicky Teehan, husband of trainer Louise Lyons, said: "We thought plenty of him to run him first time out in a Listed bumper at Limerick but it ended up being very deep.

"We had a fair idea we had a nice horse going down there and when Derek was keen to ride him again, it gave us more confidence for today.

"He handled Limerick but would prefer better at this stage of his career and liked that ground.

"I'll speak to Mike (Tobin, owner) and he might sell him but we'd love to keep him. He'd be a lovely horse with a summer under his belt."

Judicial Law had finished fourth in a Listed bumper on debut at Limerick in March.