Energumene two from two after another impressive chase win 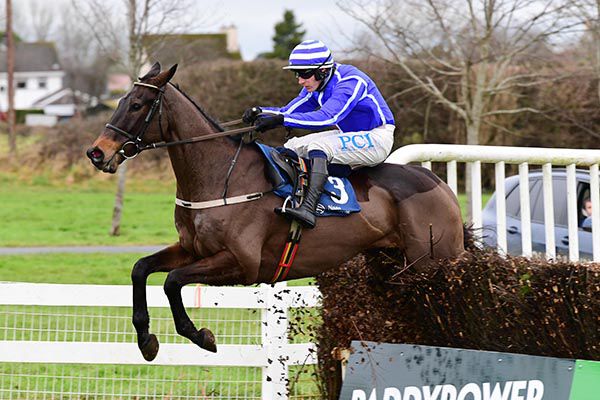 Energumene powered away up the hill to run out an impressive winner of the two-mile novice chase at Naas this afternoon.

Willie Mullins' charge made it two from two over fences with a fine front-running performance in the two-mile contest.

The 10/11 favourite was tackled by Captain Guinness going to the second last but shook off the attentions of his challenger before the final fence.

Paul Townend kept his mount up to his work in the closing stages as he stretched away to record a comprehensive eight-and-a-half length win.

Energumene had also been an impressive all-the-way winner on his chasing debut at Gowran in November.

Mullins said:- “That was very impressive and his jumping was a key factor. He’s got a great method to jump.

“I brought him back to two miles to see if he would be as effective. He loves jumping.

“That was very testing going and making all his own running. Paul just gave him a breather turning for home and he’s picked up again. I was very taken with it.

“I’d imagine we will go down the two miles route now and the Arkle at Leopardstown would look the place to go.”

Exciting bumper mare Hollymount is set to join Gordon Elliott after being sold for 300,000 pounds today.