Dundalk double for Hayes as Alhaazm goes in again 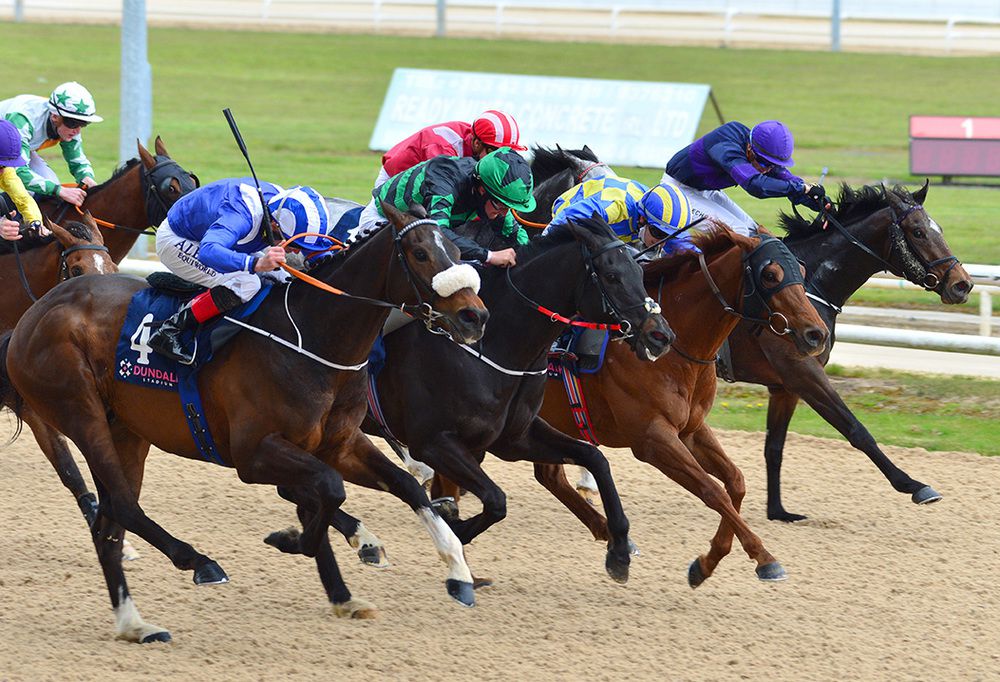 Alhaazm (2/1 favourite) brought up a four-timer on the all-weather at Dundalk in the Hollywoodbets Proud to Support Irish Racing Handicap as Chris Hayes doubled his score on the day.

Hayes, earlier a winner on Maggie Thunder, rode Alhaazm for Shadwell Estate Company and Kevin Prendergast, and the Cape Cross gelding prevailed by a head and a neck from Fastman and Sunset Nova.

Alhaazm tracked the leaders, and he was fourth at the halfway stage.

Pushed along early in the straight and soon ridden, the winner appeared in a spot of bother over a furlong out.

However to his great credit he kept on well inside the final furlong to lead close home.

“He was good. I told the boss about this race after he won here the last day. We had him in at Leopardstown last week but the boss said he'd come here for this race,” said Hayes.

“It was a furlong shorter than ideal but if the handicapper is right and he's going to compete in those big handicaps he had to be able to grind it out over seven.

“I'll speak to the boss but I'd imagine we'll put him away for that premier handicap on Guineas weekend.

“He's done us no wrong, he's got into a good rhythm in his homework and he's finally doing it on the track.

“He ran last year on slow ground and I was always adamant he wanted good fast ground.

“Thankfully I've been right with the way he's been handling that surface and I think if it turned up good ground on Guineas weekend he'd be a good ride in that handicap.”

S. Foley, rider of Fastman trained by John C. McConnell, reported to the Clerk of Scales that his mount leaned a bit left when when a horse came up on his outside.

Tauran Shaman had proved expensive to follow since successful on his opening two starts in 2019 but got it all together when landing the Ballinteer Handicap at Leopardstown this afternoon.