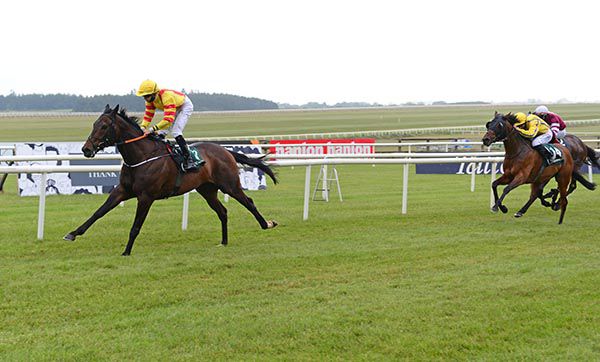 The Lusk-based trainer has both Bowerman and Saltonstall on the longlist for the Group Three event, with both horses victorious on Dundalk’s all-weather track on their respective latest appearances.

Saltonstall has only run once away from the turf, but that one performance resulted in triumph as the gelding took a one-mile event to extend his winning streak to three successive victories.

Seven-year-old Bowerman is a six-time winner on artificial surfaces, most recently lifting the Group Three Dubai Diamond Stakes at Dundalk in September.

Owing to the latter horse’s greater experience, McGuinness has opted to target the Lingfield showpiece with Bowerman after an intended second spin on Dundalk’s Polytrack.

“There’s a race at Dundalk on February 12 and then he’ll then go straight there (Lingfield), that’s definitely the plan,” the trainer said.

“It’s a conditions race at Dundalk, over a mile, that’s what we’ll run him in then go to Lingfield.”

Speaking of the decision to bid for a first Irish-trained Winter Derby winner with just the one horse, McGuinness said: “We’ve entries made in the Middle East as well but as far as I know we didn’t get in any of them with those horses, but we’d probably only want to go with one horse and that would more than likely be Bowerman as he’s more of a specialist than Saltonstall.

“We brought them both up last month, the horses are working well and I’m very happy with them, very pleased.”