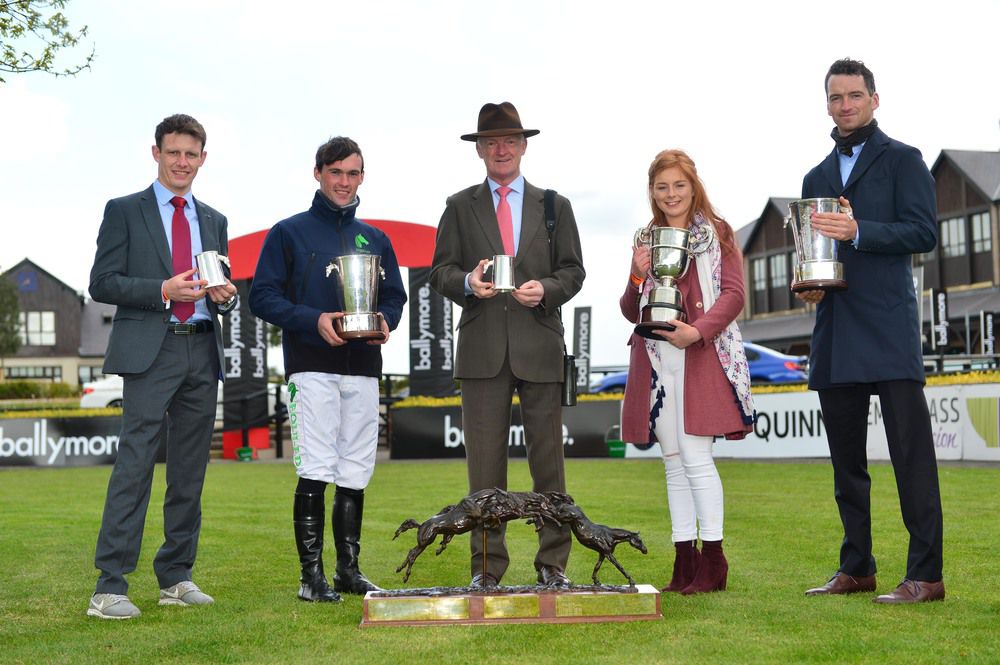 What an incredible week the Willie Mullins’ stable had at Punchestown. A staggering 19 of the 40 races were won by Closutton trained horses. This utter dominance is even more pronounced when you consider that the stable had no representatives in 8 races across the week.

Winning almost 60% of the races contested at one of the premier National Hunt Festivals must leave the other trainers scratching their heads. Mullins’ three closest rivals in the trainers’ Championship managed just one winner between them at Punchestown. And it’s not as if they didn’t try, between them they had 90 runners over the 5 days.

There won’t be much of the €2.9 million of prizemoney trickling down anywhere except Co. Carlow.

In the case of the Mullins’ stable a rising tide certainly lifts all boats. Not only did Willie secure his 15th Trainers’ Championship, but his son Patrick landed his 13th Amateur Jockeys’ Championship, stable jockey Paul Townend a 4th Professional Jockey’s Championship and Jody Townend won the Amateur Ladies Championship for the first time.

The only end of season honours that didn’t go to someone associated with Closutton was Simon Torrens who was crowned Champion Conditional Jockey. The Co. Tyrone native has landed some big handicap pots during the season and has a bright future.

Willie Mullins also did his bit for the French-breeding industry. 13 of his 19 winners at Punchestown carried the FR suffix.

In total over the five days there were 18 Irish-bred winners, 17 from France, 3 British and 1 each from Japan and Germany.

Compare this to Cheltenham where of the 28 winners, 20 were bred in Ireland, 4 in Britain and 4 in France.

12 of the Punchestown winners began their careers in Irish point-to-points.

I was surprised during the week when a life-size statue of Sizing John was unveiled at Punchestown. He was obviously a very good horse, but did his achievements warrant a statue? He only won once from four goes at the Punchestown Festival. Even the similarly-owned Sizing Europe had a much better record at Punchestown, winning three times at the Festival.

If Sizing John is worthy of the statue then perhaps the old stalwart Enniskillen should also be remembered for his remarkable achievement of running 17 times at the Festival over a 10-year period.

The Cross-Country Course that Enniskillen raced on was the one major negative to come out of the week. It doesn’t take a rocket scientist to work out that racing horses over this obstacle course on firm ground is a recipe for disaster. Multiple horses slipping up and at least two fatalities are simply unacceptable.

The Banks races are an integral part of what makes Punchestown unique and every effort should be made to ensure that they can continue in the safest possible way.

Four British-trained winners from only a handful of runners during the week was a far cry from the Cheltenham drubbing a few weeks ago and will give them hope that the gap is not as wide as it looked in the Cotswolds.

To see nine of the Irish-trained Cheltenham winners get beaten at Punchestown shows how competitive the sport is and makes the achievements of the likes of Honeysuckle to remain unbeaten for three years so meritorious.

Finally, I took great pleasure in seeing two men of a similar vintage to myself riding the first two Classic winners of the season at Newmarket. Kevin Manning in particular is an extraordinary athlete. Tall for a jockey he struggled terribly with his weight in the early years but has been consistently riding at the top level both here and abroad for almost 30 years.

The victories of Poetic Flare and Mother Earth probably weren’t as well-received across the water where Irish-trained horses continue to sweep all before them. And to think there is a distinct possibility that our two best three-year-olds didn’t even travel over it could be a vintage year for Irish horse racing.

Let’s hope it won’t be too long before we all get to see it again in the flesh rather than just via TV.

The news last week that reigning French Champion Jockey Pierre-Charles Boudot has been charged with the rape of a female work-rider is shocking.