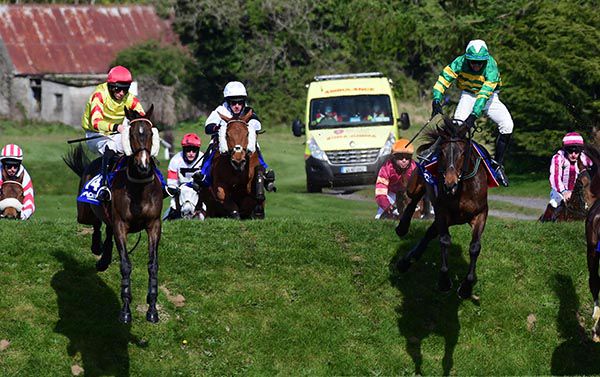 The Punchestown Festival has always been lucky for me. I’ve only had a couple of runners but every year we’re in the first three, there or thereabouts and have run well. Divine Rhapsody won the Land Rover in 2010 which was a great memory.

Allied to that, the horses have been in great form for a few months now but it was brilliant to have three winners at this year’s festival. With Willie setting a record mark of 19, it wasn’t an easy thing to do! It also got me to 11 for the season, which was my best tally for seven years.

I was thrilled to get Punchestown off to such a good start when Cousin Harry won the very first race, the Say Yes to Organ Donation Novice Handicap Hurdle. It was always going to be the day when I had my biggest representation. Paddy O’Hanlon has been lucky for me as a jockey. It was his second winner for me in the last few months and we try to support him reasonably well.

We’ve been really happy with the horse. He won well in Navan. We tried him over two and a half at Navan and it was arguable whether he didn’t get the trip or he just got a bit too keen on GearÃ³id Brouder that day.

Michael Carthy heads up the Roc Racing Syndicate. every horse they’ve had with me has won and this fella has been great for me, super.

Singing Banjo made it an absolutely magic Tuesday when bringing up the double in the Ladies’ Cup. The truth is that I had little to do with that though. It was great for the Walsh family. He comes over to me a few weeks before he runs. We ran him in a couple of hunter chases to have him ready for Punchestown.

Barry’s brother Aaron owns him and he rode a couple for me around the banks, in cross-country races and was second a couple of times. I’ve had a couple of winners over the cross-country course and were second to a pile of Enda Bolger’s as well. 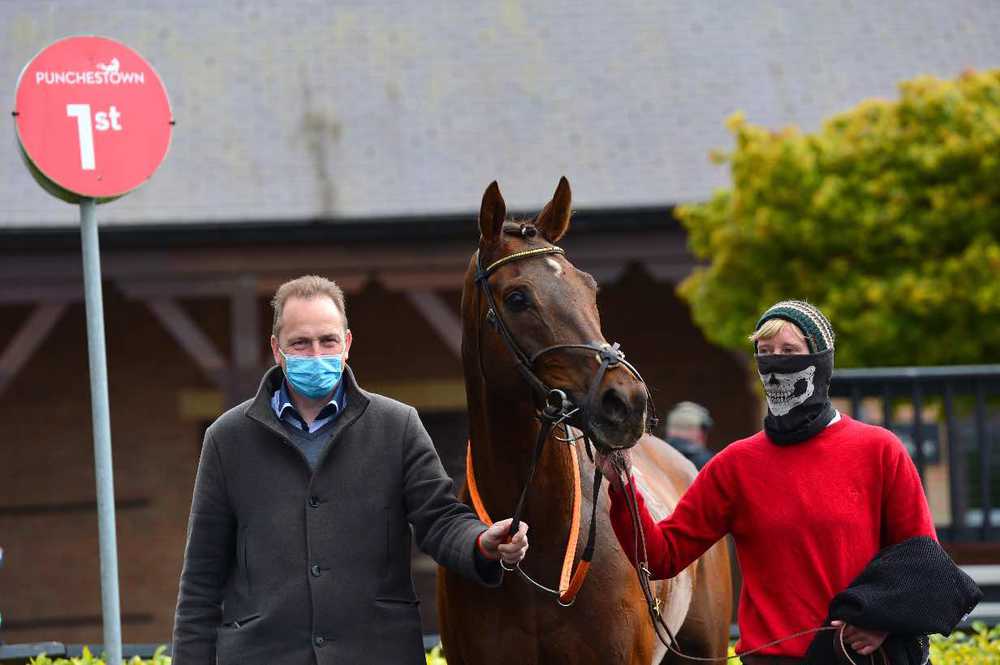 For the Walsh family, it was really special. It’s a huge thing for Barry, who rode him, his dad John, who trains him for the point-to-points, his mum and Aaron. It was all about them. This was just an honour for me. The Walsh's have banks at home and school the horses. I’ve ran the horses in the banks for them for a number of years. It was marvellous.

It was just amazing when he came back out and won the La Touche. Two years ago he picked up a nick in a hind leg at Punchestown and was sore and didn’t turn up in the La Touche but I always thought he would be better over four miles than three. I was questioning whether he should have run in the Ladies’ Cup at all.

He was keen on the good ground. I’ve seen him running in the point-to-points and he looks slow. And we ran him in a few hunter chases to have him as fit as we could for Punchestown. He was so outclassed by so many of those horses in Fairyhouse just a few weeks ago.

But when he goes out onto the banks course at Punchestown, he just latches onto the bridle, he loves it. He’s small but is so fast and nimble over those fences. It’s amazing. He’s very good at it.

Tuesday was a wonderful day and for Singing Banjo to come back out and do the Ladies’ Cup/La Touche Cup double was amazing.

It has been a magic three or four months and we got the new season off to a great start with a double at Ballinrobe on Tuesday courtesy of Oscer Romero and Galon De Vauzelle. I had one or two tough years as well so it was great. I very much enjoy it. The roars in the stand on Thursday as Singing Banjo was winning the La Touche, you’d swear there was a crowd around me but I absolutely love it and that’s why I’m doing it.