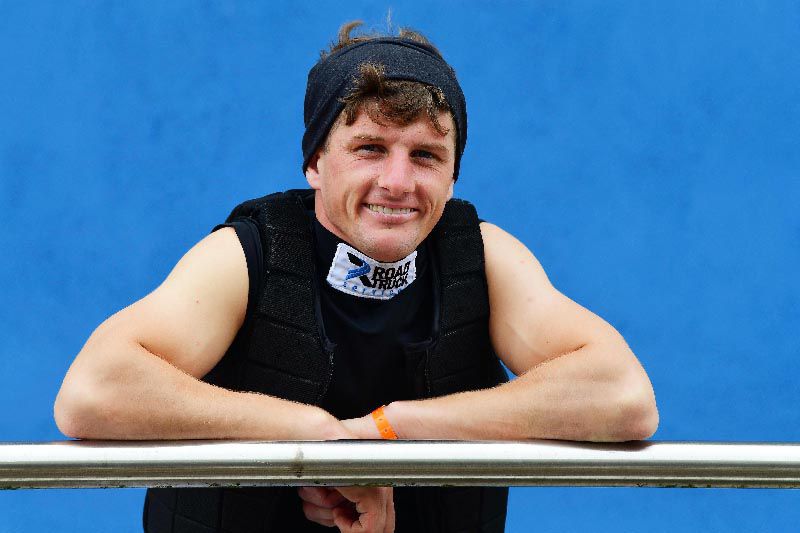 It was unbelievable to win the Irish Grand National on my first ride in the race, an absolute dream. Freewheelin Dylan was 150/1 but I did think he had a better chance than that. He had won over three miles and a furlong on that good ground and a lot of them hadn’t. When you step beyond three miles, it’s a bigger test.

I knew I was going to get a great spin and was excited to ride him because he jumps so well. I was really looking forward to it. His trainer Dermot McLoughlin is some man. I’m after winning two Nationals on him now, after winning the Midlands National at Kilbeggan.

Did I think we’d win? I dreamt about it and the five lots I rode Monday morning, I rode five National winners on the gallop. It’s madness though. You couldn’t say you thought you would actually win.

His jumping is his main strength and when you jump that well on that good ground, it’s very hard for the horses in behind to reel you back. He jumped so much for fun I was able to take breathers everywhere.

For the whole first lap I was thinking he needed to spit it out, because he was absolutely tanking with me. Going across Ballyhack, was the same and if he did, anytime a horse came within a sniff of him, he locked back on again. After jumping the fourth last, I was thinking we were running a cracker and that when they caught us, he had done himself proud.

I didn’t mean to make the running, and Dermot left it to me. The priority was for the horse to get some space. That’s why I jumped out wide. I don’t think he likes being crowded. But I ended up with plenty of space up front and an easy lead.

The fact he was in my hands, I knew we weren’t going too quick but I couldn’t believe in the National that they let me up there. After jumping the fifth last, I was listening behind me and thinking I was after messing it up, we were going so well. I was trying to hear if the lads were slapping. We couldn’t be going this well.

When we turned in, I gave him a squeeze and he picked up for me. I couldn’t believe it. I knew then he wasn’t going to be out of the money. He’s only a handy horse but a real grafter, with the heart of a lion. 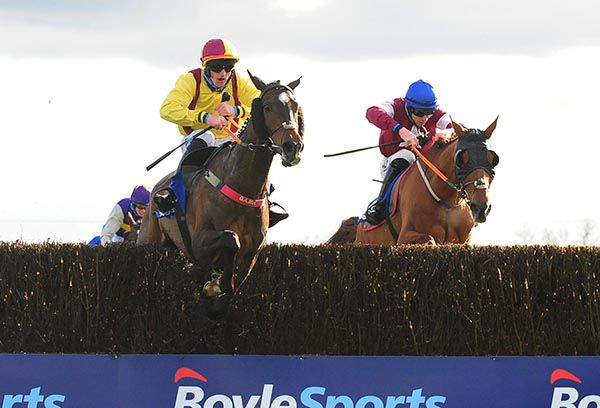 I am so grateful to Dermot and Sheila (Mangan), the owner, for letting me on him. I don’t even ride out at Dermot’s.

How I got the ride was that I met Dermot in Dundalk a few times, when I was bringing flat horses up for Conor O’Dwyer. I got chatting with him in the canteen and he just promised me a winner. It was Freewheelin Dylan and thankfully he left me on him.

It was a pity for Dermot and Sheila that we couldn’t have anyone in attendance. They are local to Fairyhouse and would have had loads of family and friends there. So they missed out that way but it was great anyway.

It was really heartwarming when the jockeys clapped us in. I get along with anyone, I don’t have a bad word to say about anyone at all and I’d like to think they think the same about me, so that was a really nice touch.

I had two runners earlier in the card for Conor, Jon Ess was second and Capilano Bridge was fourth and I was actually more nervous riding them because I know the work that goes into them and I’d love to ride winners for Conor on the big days. After that, I was just excited to be riding in the National.

Conor Maxwell filled me with confidence. He’d schooled the horse a few days before and told me he was on springs. He said, if he got into a rhythm, you’d never know what would happen on that ground he’d like. When he started to switch on, I realised we weren’t a 150/1 shot.

It has been an important season and thankfully things have gone well since I lost my claim. Conor is a great support and has always backed me. I’m in such a lucky position in Conor’s. He lets me ride everything in the yard. I work hard and if anyone ever needs me on the Curragh, I don’t even have to ask Conor, I go because I know it’ll be alright with him.

I started off well on the flat but then it slowed up. Since I went to Conor, he’s had so much trust and faith in me. And it’s thanks to him, his owners and the staff in the yard that I was winning an Irish National.

I always dreamt of being a jockey. I love working with horses. I don’t consider it work. But at the same time, I don’t want to be just riding a couple of winners every year. I see lads like that and they’re miserable going around the place. But for me, it’s about working with horses and as long as I am enjoying it I’ll be doing it. And obviously days like winning the Irish Grand National are just fantastic.

Growing up, the Nationals were always important in my mind, from being friendly with the Brassils and starting off there. Martin would have runners in the Irish National regularly and won both the Irish and English Nationals, but me and Conor (Martin’s son) would be part of it together, coming up to Fairyhouse.

I’m around long enough, and to only have my first ride at 27 in the Irish Grand National, is not ideal but I don’t’ care if I never ride another one now.

I am living with my girlfriend Sarah now but we took in a trip to Mam and Dad because it was they who took me around the country to go pony racing. I owe a lot of my success to them. I remember as a young lad, Dad dragging me out of the bed at seven in the morning to go to work.

Sarah is very good with my food. She has my meals planned. I’m very babyish like that. I could eat an Easter Egg for dinner rather than a bowl of veg! But she keeps me on the straight and narrow and obviously the right nutrition is vital as a jockey.

I have great people around me, friends and family, brilliant people and they are all part of it.